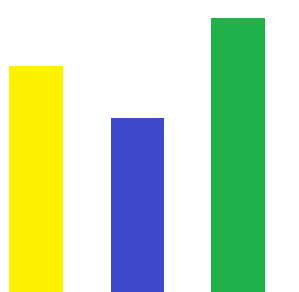 
How can I use Justice Map?

Get Support: Email Aaron with your questions and suggestions.

What are open map tile layers?
We have 100 GB of map tiles that we are sharing. Similar to open software anyone can use them on their website. This saves map makers the time required to deal with large datasets and tile production.

What is the data source?
Our information comes from the Census Bureau - the 2010 Census and the latest American Community Survey (five year summary).

How did you create the map?
We imported the census data into a postgis database and generated the tiles with TileMill.

Justice Map - open map tile layers for race and income powered by Census Data.
I want you to use the layers on your own map!

Jan. 13, 2019. We updated the income data from the 2012-2016 American Community Survey to the 2013-2017 data. This applies to tile layers, clicking on the map, and the API. Puerto Rico is included in the update! An even bigger change is that we updated the income categories (for the first time), and started controlling for inflation in the Income Change layer.

Dec. 30, 2016. Try the Spatial Justice Test. It's a tool to identify environmental injustice (and more). You can test how race and income varies at different distances from a set of points. Use our power plant data or upload your own!

Dec. 20, 2016. We added a visualization that estimates Income at the Block Level. It can be used as an index that combines race and income to give a micro-level view of environmental injustice (or other forms of spatial injustice).

Search
Type in a US address, hit 'Submit' and the map will go there.

Share Map
Lets you save the URL of the current map to make it easier to share.

Race Layers
We have several race data layers that come from the US 2010 census. The Census Bureau uses two main variables - 'race' and 'hispanic'.


Income Layers
We use Median Household Income from the American Community Survey 2014-2018 five year summary These income values are estimated and we show the 90% confidence interval when you click on the map. Income data is only available at the county and census tract levels.


Density Layers
We use the Census 2010 data to calculate population density per square mile. This is available at the county, tract, and block level.


Geographical Resolution
We use four geographical units that come from the Census Bureau.


Analysis
Compare the demographics of several areas. You could test if people of a certain income or race are more likely to be near a location (ex. the site of a proposed waste facility or park). When you have this featured turned on, it returns the demographics for the area that you last clicked on and compares it to an area within x miles of it. That radius is chosen based on the map zoom level. You can add your own radius (in miles). You can remove a radius.